If you make a purchase through any links on this website, we may get a commission. This does not cost you any more money.

As an Amazon Associate we earn from qualifying purchases. Amazon and the Amazon logo are trademarks of Amazon.com, Inc, or its affiliates 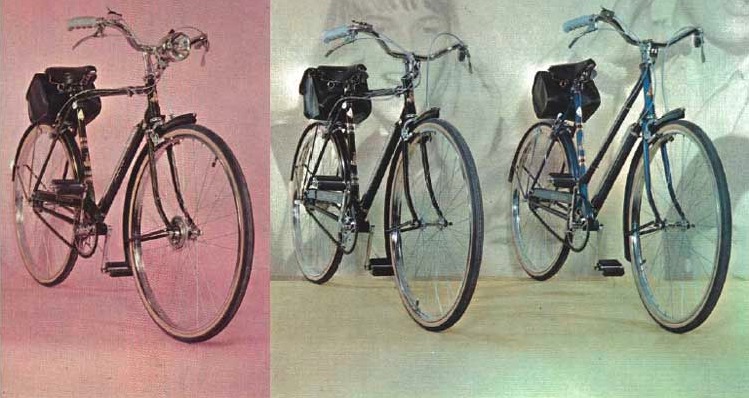 Though currently owned by a Netherlands-based company called Access Group, the origins of Raleigh bicycles go back to Nottingham, England in 1887. At one point the company was rightly advertised as “The Largest Cycle Manufacturing Organization in the World.” Within the long history of Raleigh, the Superbe and its sister the Sports were the “flagships of Raleigh’s line of utility bikes.”

Manufactured from steel and built with coming with many items that would upgrades now (like a headlight, internal gear hub, and a leather saddle), the Superbe was called “the world’s most elegant bicycle.”

Some of the advertisements from the time would have sold me:

The Superbe was the deluxe version of the Sports model, and you can tell by just a couple of the items it came with, including the headlight (which was powered by a generator while you pedalled) and the key locking fork that made it so the front tire would not turn, deterring theft. Raleigh themselves points out an interesting fact about the Dynohub light:

It's an interesting sign of the times that the 1962 catalogue copy suggests that the Dynohub would be "ideal for emergency lighting in your fallout shelter."

As the world is ending, at least you’ll be able to keep in shape in your fallout shelter while pedalling your bike to get lighting.

The company, a shadow of what it once was while manufacturing in Nottingham, released a Superbe as late as 2017, but it paled in comparison to its predecessor. The Superbe seems destined to sit on the rack as a historic piece now, and it’s probably for the best. With the glory days of Raleigh well behind us, it’s better to look back.

Finally, do yourself a favour and check out this amazing video from the mid-20th century showing the manufacturing process of a Raleigh bicycle: